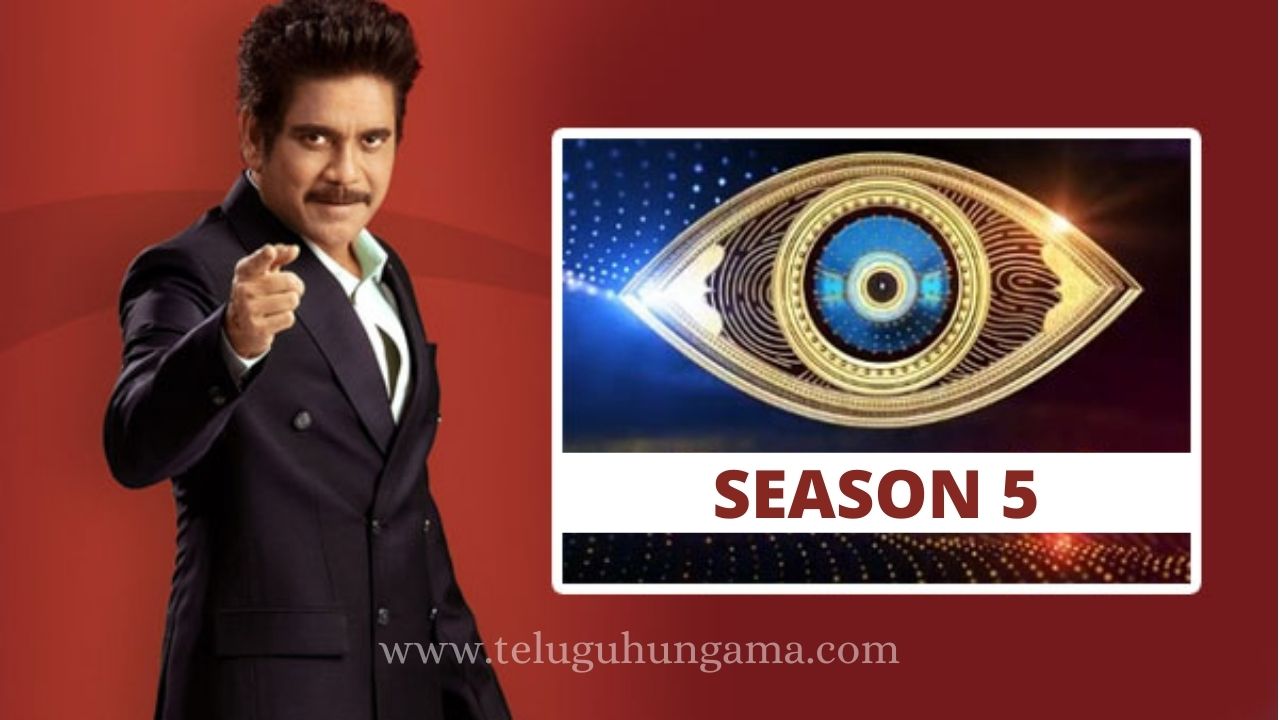 Bigg Boss Telugu Season 5 Contestants List: After the Successfully Completion of Bigg boss 4, the Telugu audience is awaiting the Bigg boss Telugu Vote Season 5. As Tamil Bigg Boss Season 5 going to stream within few months, the discussion about the Telugu version is high and on social media platforms. Due to the Corona pandemic, the Fourth Season of the Bigg Boss was delayed but completed successfully. Now the Second wave of Corona made The coming 5th season of the Bigg Boss show also get delayed.

Bigg Boss is the reality show of 100 days where celebrities are locked in a House at Annapurna Studious. The show is hosted by Nata Samrat Akkineni Nagarjuna. Bigg boss house gets set up with 30 cameras watching contestants thorough out 24hrs. 16 contestants participate in this show, with some celebrities will enter in the house through the wild card. Every week 4 candidates are nominated to the public voting, one gets eliminated. Viewers can support contestants through the Bigg boss Telugu Voting Process.

There is Talk going on that Bigg Boss Season 5 will be hosted by Actor Daggubati Rana, who is now hosting No.1 Yaari show. Still there is no Confirmation From the Bigg boss makers about Rana Hosting the show. If Rana Accepts to Host Bigg Boss Season 5 and everything goes well, then the coming season 5 can be seen streaming from September 5th

Hot discussions, rumors, speculations are going on about the Bigg Boss Season 5 Contestants. Basically the Contestants mostly will be from Star Maa reality Shows, Youtube top Celebrities, and other successfull Social media Platforms. Bigg Boss didn’t released any list or given information about any candidates contesting Bigg boss show season 5. Bigg boss Fans are eagerly waiting for the contentants list.

From the Unofficial information it was know that Already 100 celebrities were shortlisted for the Season 5 and Interviews were going on through Zoom Calls. A talk also going on that Promo of Bigg Boss Season 5 will be released on August 29 on the occasion of Akkineni Nagarjuna’s Birthday. Not one or two but many romours, speculations are surrounding the media about the Coming Bigg Boss Season 5 show.

If there wasn’t any Second wave of Corona By June or By now, the Bigg boss season 5 would have already got started. As there is Vaccination being done, the coming contestants may compulsory needs to get vaccinated and also get quarantined for two weeks before entering Bigg Boss House. Bigg Boss makers are taking strict measures to see that contestants and also the Bigg Boss House free From virus.