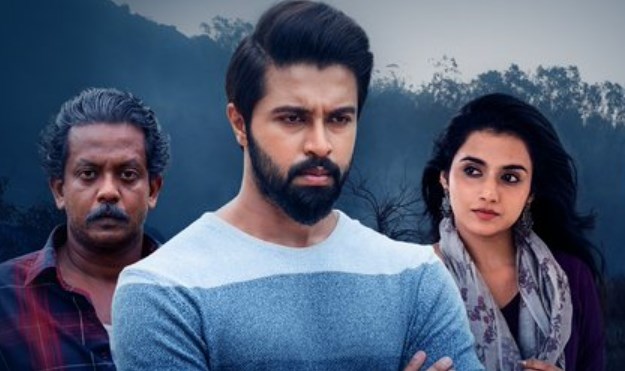 Kinnerasani Movie Review: Kinnerasani, Kalyan Dev’s mystery thriller, will be released on Zee5 on June 10 instead of in theatres, since the makers’ original intention was to release it in theatres, but for some unknown reason, the makers have collaborated with Zee5. Despite the fact that the Kinnerasani teaser aroused a lot of interest, the makers haven’t done a good job of promoting the film, and it appears that no one understands what it’s about. Let’s dive into an in-depth review of Kinnerasani to see if it’s worth watching.

According to Kinnerasanmi, Jayadev (Ravindra Vijay) published a book called Kinnerasani, but Veda (Ann Sheetal) discovers a book that holds the key to her past, present, and future. Meanwhile, Venkat (Kalyan Dev), a lawyer, seeks retribution for the death of his sweetheart. Venkat supports Veda in protecting them both from an uncertain future.

After witnessing the film, I’m curious why Kinnerasani’s creators did not release it in theatres, as it is a narrative that deserves to be heard by a bigger audience. However, the film starts well, as it succeeds in maintaining suspense from beginning to end; the story graph never falls until the interval; however, the problem arises in the second half, when we lose the thrill for a while due to unnecessary flashbacks, which, while necessary for the story, sadly did not add any effect to the story; the film becomes interesting from the pre-climax; however, the climax is not up to par, as it could have been better; however,
Kalyan Dev’s performance as Venkat is only adequate because he has a good screen presence, but he fails to impress you because there are numerous situations that require him to perform but he does not. He needs to work hard on his acting skills. The show-stealer Ravindra Vijay as Jayadev is almost as good as director Ramana Teja crafted a wonderful character for him, with two shades of characters, one present and the other flashback, and the rest of the actors handled their jobs effectively.
Although Ramana Teja’s execution of the plot may have been better, the tension and storyline kept the audience enthralled.
Kinnerasani isn’t technically perfect, as Dinesh K Babu’s cinematography could have been better, but Mahati Swara Sagar’s background soundtrack enriches and piques interest in watching the entire film, and the rest of the technical staff did an amazing job.
Finally, Kinnerasani is a partially intriguing mystery thriller; if you like suspense-thriller films, you should see it, which is currently available on Zee5.